The radical business strategy from Mondegreen, aims to democratize recorded music by allowing anybody to download the entire album for free from the facebook.com/ephemeralsnothe page. A special vinyl edition comes via Beat Delete, loaded with exclusive content. The vinyl itself features a 7minute version of “Things” and an extended edit of “I’m Your Man” that are abridged on the free download. An mp3 voucher that comes only with purchase of a vinyl includes the unfaded edits of all songs, plus instrumental versions of every song and a remix by Jimi Needles.

After meeting Wolfgang at a French tour date, Hillman set about reworking a half-sketched album originally intended for Williams. The entire album was rehearsed and recorded (live to tape) in just 3 days at London’s analog Cowshedstudio. A fourth studio day was arranged for the rehearsing and recording of backing vocals and strings, texturing the record with a lavish and timeless soundscape.

Nothin Is Easy, mixed in a North London apartment by bassist Rob Jones, just one mile from The Cowshed, is refined and concise from its delicate instrumentation to its sharp lyrical focus. The orchestral opening polemic “Things” is bookended with the uplifting final track “Life Is Good” whilst groovier sounds of the political “Easy Aint Nothin” are mixed in with blues moments like the single “Six Days A Week.” The environmentalist “Call It What You Want” is a hiphop sampler’s dream and the Hammond organ wig-out called “The Oligarch” showcases the bands crazier side. 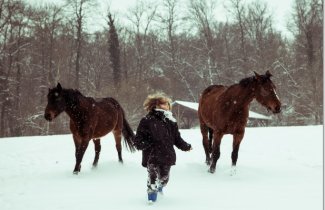