Since releasing their debut LP “Meanwhile..” with Wah Wah 45s in 2008, Ross Wakefield and Toby Vane have given up their day jobs and immersed themselves in the world of music. Shop assistant and sandwich boy no longer, the pair toured their first album, and the remix project that followed, extensively, most notably in Japan where the Heroes have garnered a hefty underground following.

As remix requests came flooding in from the likes of Tru Thoughts, Compost Records, The Jazz Invaders and MJ Cole, and the boys found themselves in demand for television and film soundtrack work, the making of the second album got a bit of a nudge on to the back burner. So much so, that it isn’t until nearly four years later that we have the pleasure of presenting you the new long-player from the Part-Time Heroes – “Lightfalls”.

Perhaps a more considered album than its predecessor, “Lightfalls” is a deeply soulful experience that flits between electronica and more classic song-writing without ever losing its way. The LP heavily features the vocals of the UK’s very own Sarah Scott, as well as a spine-tingling string section that help give it a somewhat epic feel. Light and dark combine and contrast throughout the album, but it is perhaps light and optimism that wins through in the end as Colonel Red pops up with the life-affirming “Day” to bring the album to its close.

The Heroes will be touring the UK and beyond throughout 2012 with their full live band in support of the new album, and watch out for a number of singles, featuring heavyweight remixes, dropping throughout the year. It’s good to have the boys back! 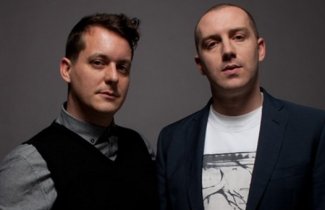