Gabriele Poso was born in Sardinia, heart of the mediterranean sea,
on the 22th October 1978 but grew in Lecce, south of Italy.
Since he was a child he established a deep relationship with music
being attracted by his father’s best jazz, soul,and afro-latin records.
As time goes on, he studied a great variety of musical instruments
in particolar guitar with wich he gave birth to his best compositions
before arriving in the charming world of percussion that a stoled
his soul becoming his real reason of life.
In 1998 he started his studies about afro-cuban rythms
under the guidance of the most impotant representant of afro-cuban
culture and percussion in Italy Roberto“Mamey”Evangelista,
in “Timba” istitute of Rome.
Afterwards, he makes an in-depth musical studies in the
Escuela National De Arte of Havana Cuba and in the Universitad
interamericana De Puerto Rico of S.Juan Puerto Rico.
After these important musical studies,he started playing in
Europe and in the world toghter with famous artist such as
Osunlade(Yoruba Records),Nicola Conte(Blue Note),
only to mention someone of them.
In 2008 he released his first solo album titled
“From The Genuine World”produced by Yoruba Records and begins
to play in Europe and the world as the Mod Club Theatre Toronto
for The Canada Day Celebration,the MTV World Festival in Istanbul,
the One Day Off Festival in Belgium,and in clubs like the Jazz Cafe’
Neighbarhood, Cargo, London,Paris Club Djoon.
He finish to realized the second solo album called “Roots Of Soul”
wich will be release June 2012 by German Label INFRACom!
the project boasts the participation of international guest standing
such as Osunlade, Nailah Porter and Tanya Michelle. 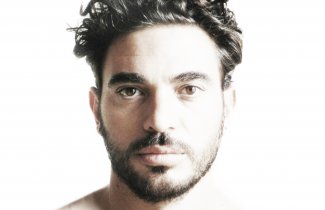